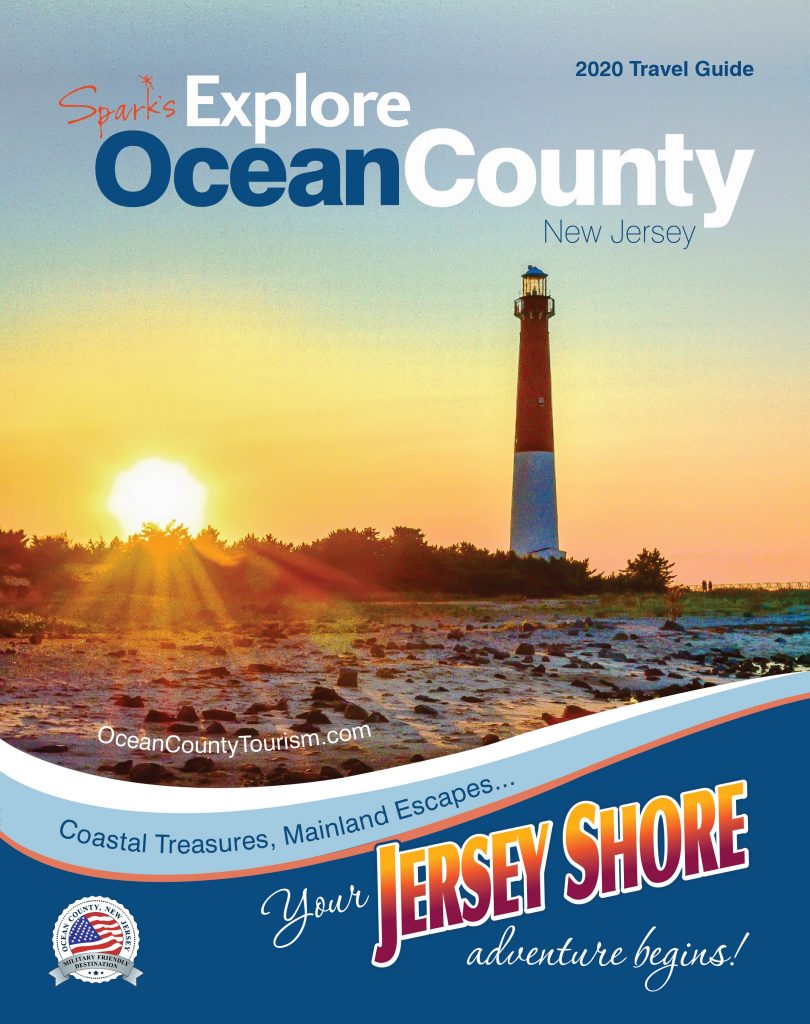 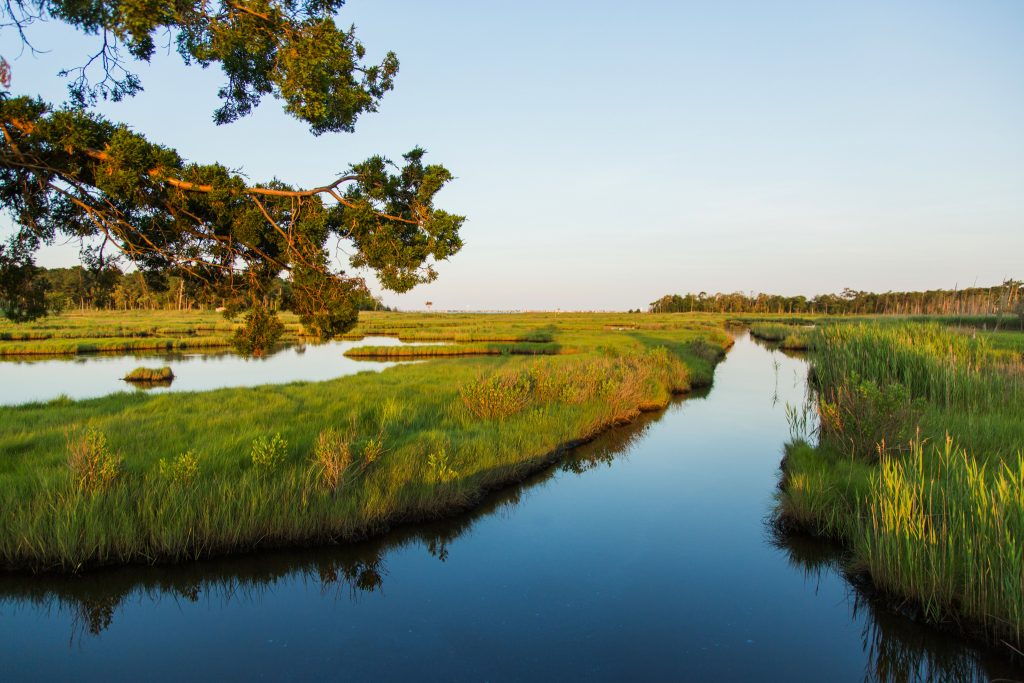 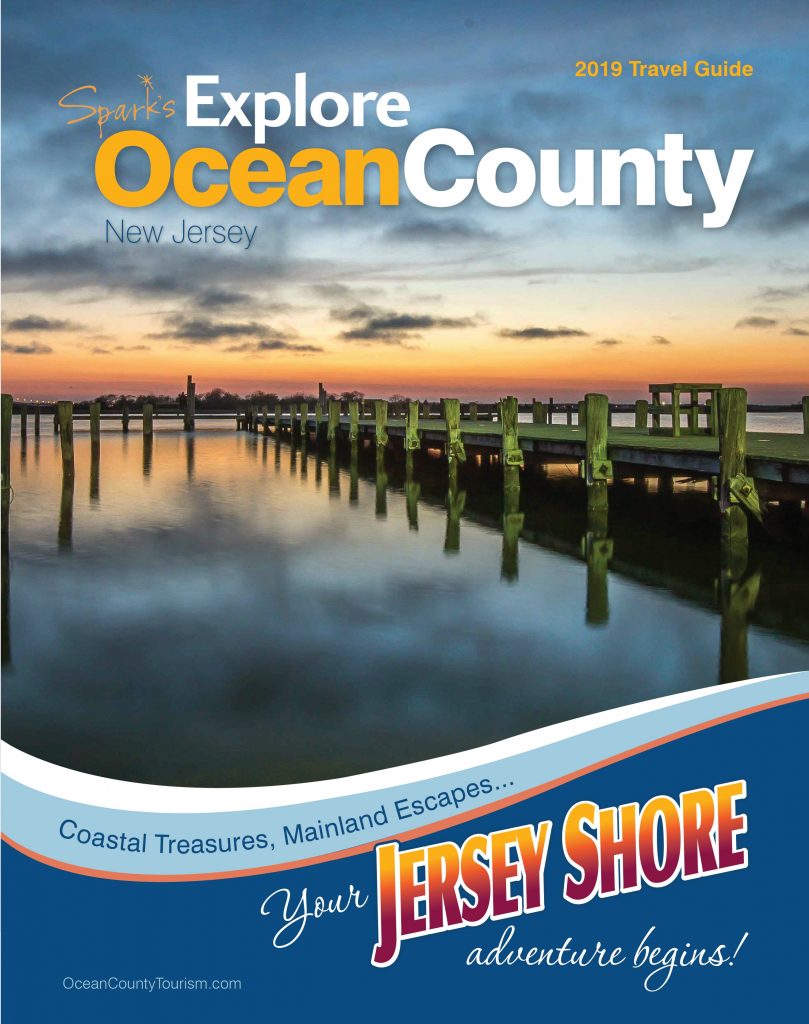 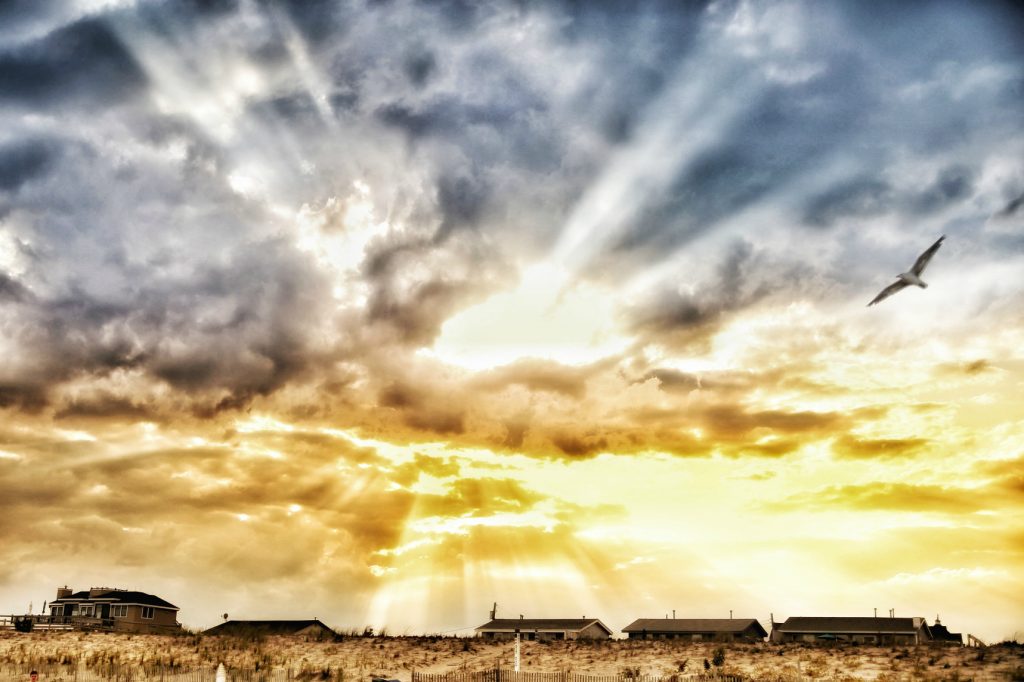 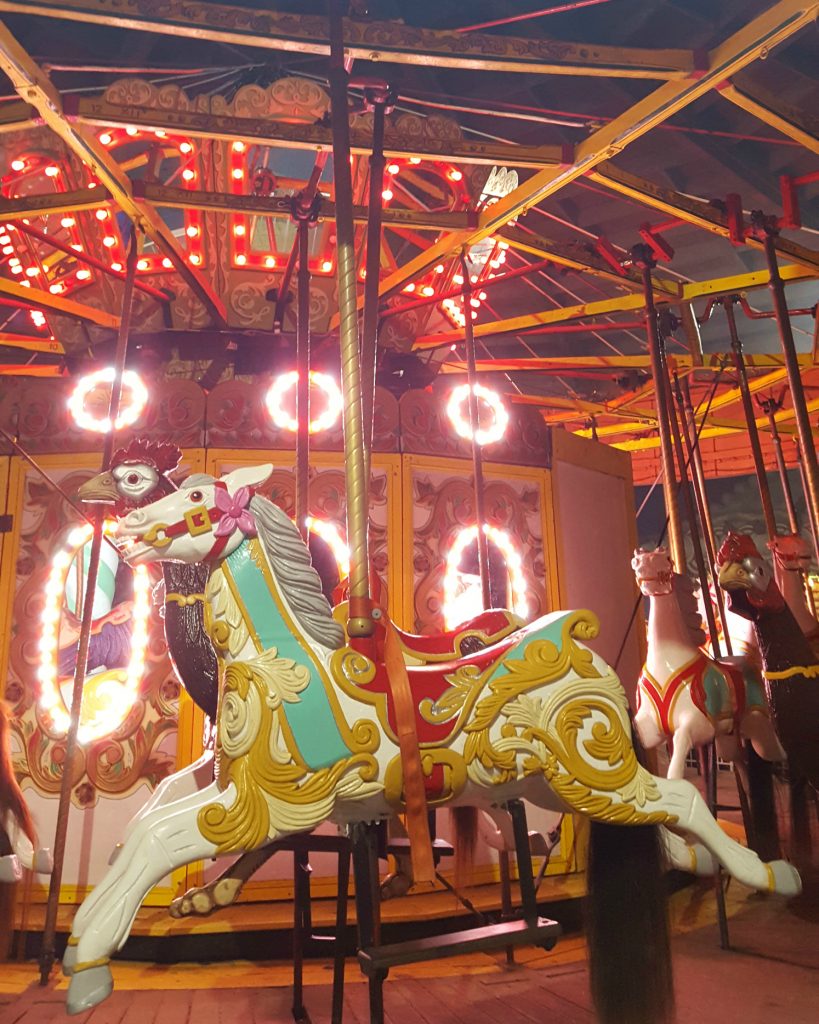 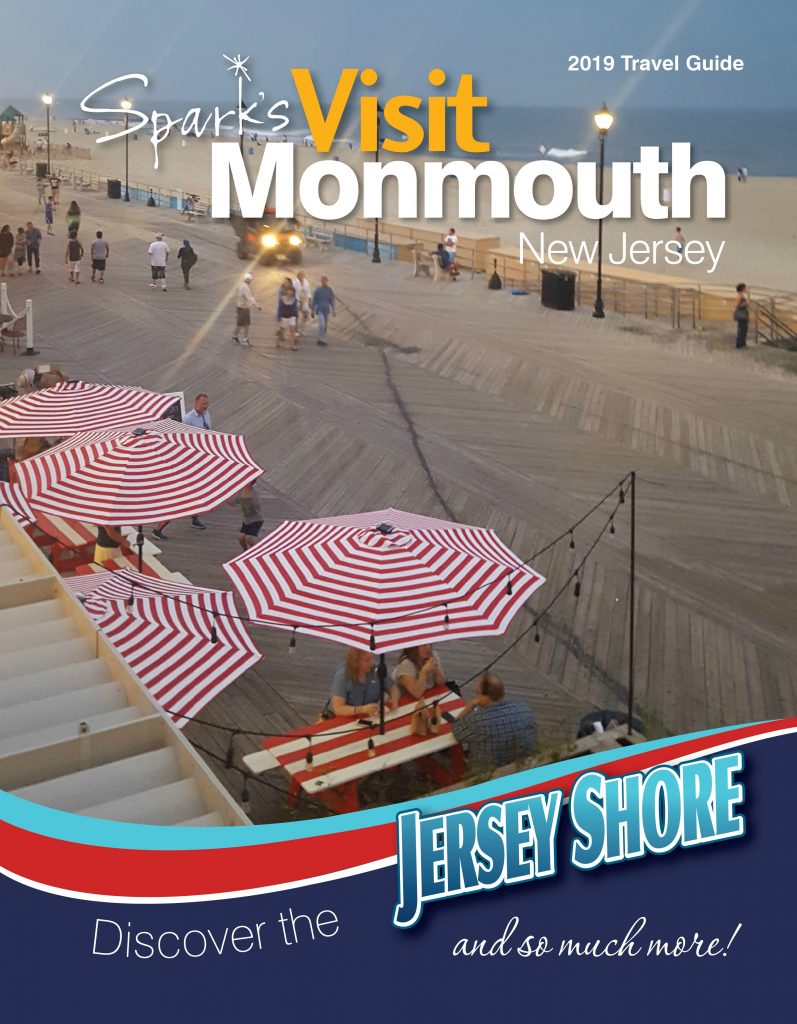 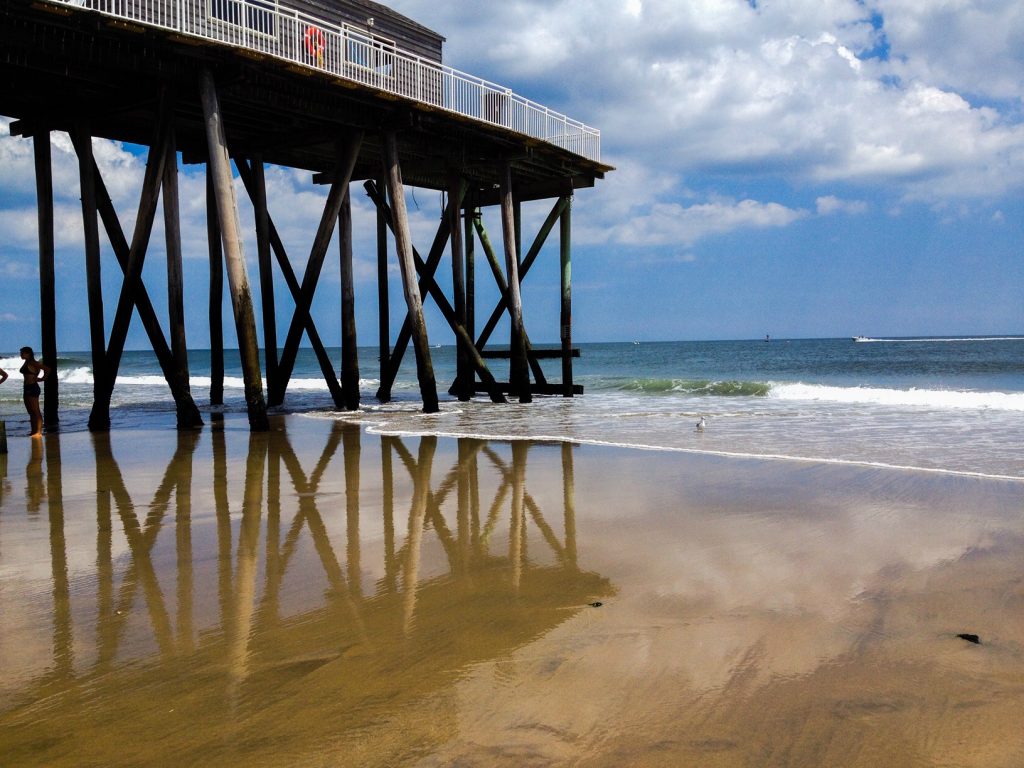 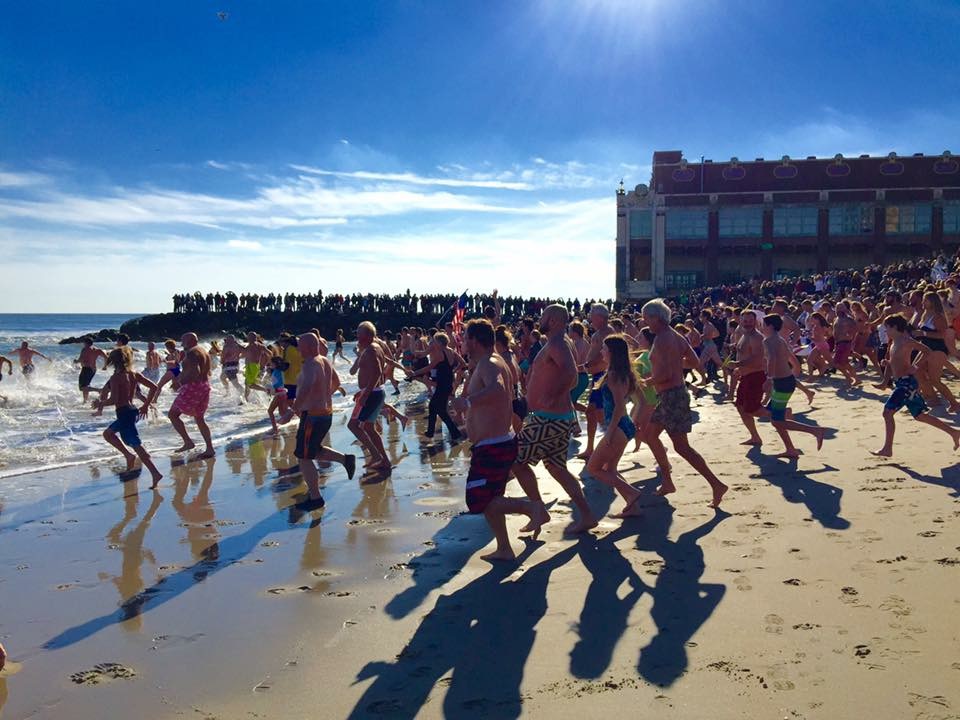 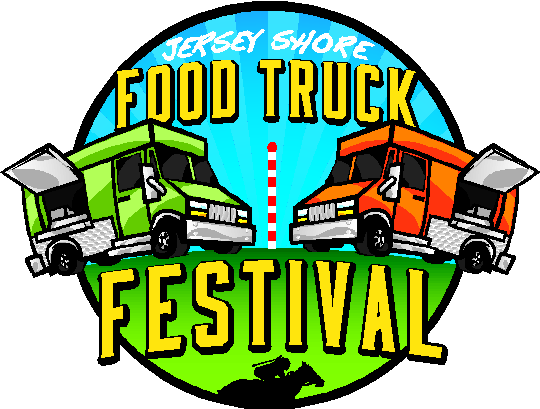 Can I take the train there? Yes. There is a NJ Transit stop at Monmouth Park. Check www.njtransit.com

Is the food free? No. Menu items are priced individually. For example an empanada is $4 and a Crab Cake sandwich is $10. Menus will be available at the Spark tent.

Will there be VEGAN/VEGETARIAN/GLUTEN FREE options? Yes, with 50+ trucks we have it all.

Do the trucks take credit cards? Some do, but we recommend bringing cash. There are also ATMs.

Will there be lines? Yes, food trucks make their food fresh and to order. That what makes them special. But please be patient, good food takes time, but is worth it.

Are dogs allowed? No sorry. Dogs are not allowed because they can scare the horses.

What should I bring? Chairs, a blanket, cash and YOUR APPETITE!

BELMAR — When the New Jersey Seafood Festival started three decades ago, it was a one-day event that attracted approximately 10,000 people. Now, it’s held over three days and brings more than 200,000 from across the state and surrounding areas.

“I think that this year’s crowds have been record-breaking,” said Mary Brabazon, the event’s coordinator and Belmar’s tourism administrator. “It’s really fantastic.”

Sunday marked the last day of the festival, which kicked off on Friday and features dozens of food vendors, arts and craft sellers and music. Brabazon could not put an exact tally on how many people in total attended the event, but said it’s “in excess” of 200,000.

Pat O’Keefe was one of three people who were in charge of organizing the event 29 years ago. O’Keefe said the original festival had seven restaurants under one giant tent. There was no music, craft tables or sponsors.

“It was an immediate success,” said O’Keefe, now the secretary of the Belmar Historical Society. “People loved it from the get-go.”

O’Keefe said the festival used to be held on just a Saturday. About two to three years ago, they decided to add the additional day.

“It was a small start for an event that has stood the test of time,” O’Keefe said.

The swelling of the crowd size, Brabazon said, can be attributed to the event’s strong tradition, which harbors a family-friendly environment.

“It’s a wonderful atmosphere,” Brabazon said. “There’s entertainment, there’s children’s activities — a lot of food. And we’re a very friendly town. If you talk to anybody here, they’re having a good time.”

It’s that sort of environment that drove Simply Southern Cuisine, a repeat vendor for years, to establish a brick-and-mortar business in Belmar this past year.

Co-owner Rasheed Simmons, who took a break from dumping one-pound filets of catfish in the fryer, said the crowd has been so great over the years that coming to Belmar was a no-brainer.

“We had such a large following at the festival over the years that I thought it made sense to bring our product as an entirety to the area,” Simmons said.

As Simmons’ crew doled out orders of crab cakes, sweet potato hush puppies and homemade potato slices, he explained how the made-to-order freshness on display translates to his restaurant on 8th Avenue in the Belmar Mall.

“Every order is made fresh, as you can see here,” he said. “It’s the same way at our restaurant. So I figured, we have success here why not have success as a restaurant.”

Along with Simply Southern, long lines could be seen at Ocean City-based Ike’s Famous Crabcakes and Point Lobster Company, a Point Pleasant establishment.

Jessica Yim and Tim Chang made the trip to Belmar from Langhorne, Pa., after hearing about the seafood festival on Facebook.

They agreed that the overall experience was great, but could have done without the long lines.

“It’s crowded,” said Yim, 25. “I’ve never seen so many people in such a concentrated area.”

Chang, 26, said he enjoyed the food but that the prices were a little too high, which he expected.

Angelica Mendoza came down to the seafood festival from Jersey City with family and friends. Mendoza also caught word of the event on Facebook and decided to give it a try.

“We usually go to Bradley Beach, so we wanted to check this one out,” she said, as she took a sip of her lemonade.

Brabazon, the coordinator, said events like this wouldn’t be possible without Belmar Mayor Matt Doherty’s support. She said he fosters an environment that promotes “quality” tourism events in the town.

“It’s summer in Belmar,” Brabazon said. “This is really, for us, the official kickoff of the summer. … It’s a feel good event when the weather cooperates. And I think everything lined up (this year). It’s just been a great event.” 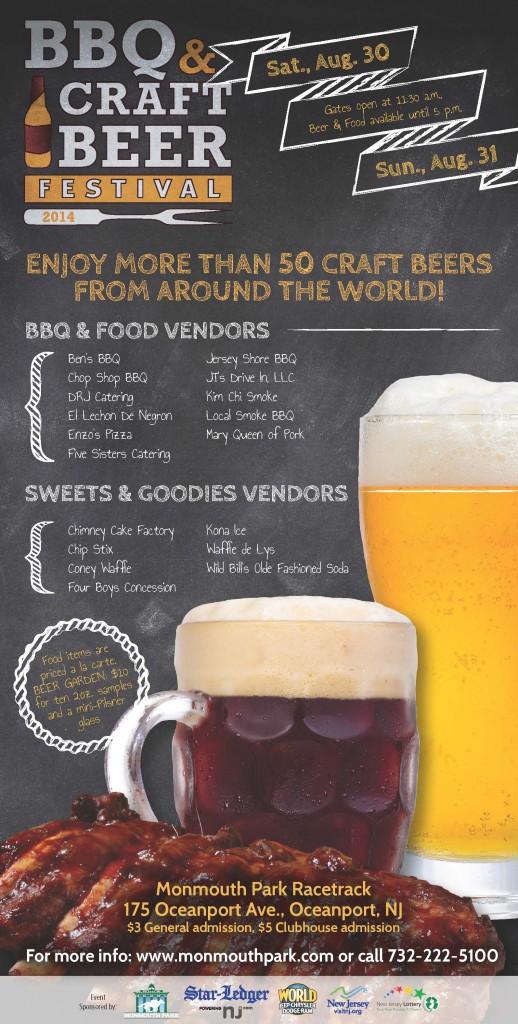 Don’t miss our celebration of everything barbeque at the annual BBQ & Craft Beer Festival. Ribs, pulled pork, brisket – it’s all back and better than ever, served up by some of the Garden State’s best BBQ joints. In addition, cool off with a cold one in the beer garden with live music by After The Reign, courtesy of Thunder 106.3!

$3. general admission gets you into the track AND festival area. Food items are priced a la carte. Beer Garden is $10 for ten 2oz samples and a commemorative mini-Pilsner glass.

Great weather and amazing sand creations at the 27th NJ Sandcastle Contest in Belmar, NJ. On July 30th many trophies were awarded to talented sand artists of all ages. Three prizes were awarded in six individual categories: 7 and under, 8 to 11, 12 to 15, 16 and up, family and day camps. The “Best on the Beach” award went to “Homer Simpson Trapped by Sandy.” D’Jais kept the party going with music, free giveaways, and a dance and hula hoop contest. It was a great day for all. 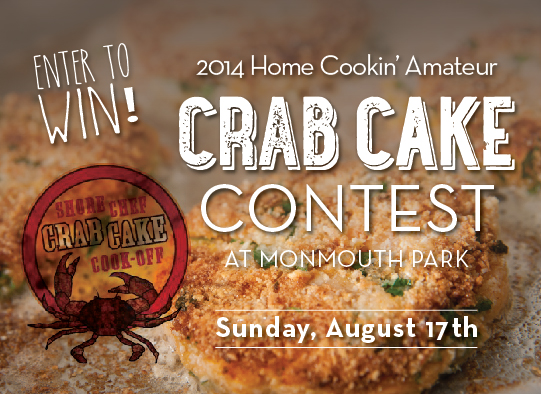 Thanks to popular demand, Monmouth Park is hosting the first annual Home Cookin’ Amateur Crab Cake Contest. The contest will be held on Sunday, August 17th at the Shore Chef Crab Cake Cook‐Off at Monmouth Park, 175 Oceanport Ave., Oceanport. The contest is open to all amateur and home chefs. Professional chefs are not eligible. Recipes will be evaluated by our team of professional chefs. Ten contestants will be chosen from the recipes submitted to cook their crab cakes for our team of judges at Monmouth Park starting at noon on Sunday, August 17th. All information must be included to be qualified to participate. By submitting this recipe, you permit use of its contents or any photos in related promotions for the event.

The newly confirmed executive director pointed out that tourism is New Jersey’s third largest industry and every dollar of public support for the industry returns multiple dollars in revenue to the State’s economy and generates substantial tax revenues.

Ms. Hanlon announced that the State would mount a spring marketing campaign in New York, Pennsylvania, Delaware, Washington, D.C. and other domestic markets as well as Canada to show off the real Jersey Shore and draw domestic and international visitors. The campaign will include a television commercial, radio and print advertisements, the purchase of Google ad words, attendance as consumer and industry travel shows and meetings with companies that specialize in travel from as far away as China. New Jersey’s tourism representatives recently attended Fashion Week in New York City to promote New Jersey as a premier shopping destination that includes offerings from Atlantic City to the Jersey Gardens Mall for every taste and budget.

Spark Market Solutions in Red Bank, NJ published the advertiser-supported full color Visit Monmouth guide in print, interactive CD and online formats. With 35,000 print copies, thousands of CDs and post cards that drive visitors to www.tourism.visitmonmouth.com, Monmouth County’s Tourism website, the guide is an important part of the pubic and private efforts to encourage domestic and international travelers to visit Monmouth County. The photo-filled guide assists visitors in planning trips to the area and offers a taste of the places and events that make it special.

“Through its marketing efforts that reach north to Canada, south to the Carolinas and west to Ohio as well as across the tri state area, Monmouth County supports tourism businesses large and small, thus enabling those businesses to create jobs for local residents,” said Ms. DeYoung. “During the summer the county population increases dramatically by visitors drawn to the spectacular beaches and large events such as the $1,000,000 Haskell Invitational held each summer at Monmouth Park Racetrack.”

Spark will be posting ongoing e-news updates throughout the year and utilizing social media to grow awareness of the guide, expand its value to visitors and encourage visitors to reach out and talk to a local. “There are so many great things happening in the area beyond the beaches and boardwalks that visitors appreciate the guide’s help in connecting with the attractions and events,” said Ronnie Gardstein, editor of Spark’s Visit Monmouth Guide. “Residents use the guide as a resource when family and friends visit.”